Sound Gazing and the Auraloctoculour

The Auraloctocular is an instrument I created for live sonification of astronomical movements. It uses a series of eight simple oscillators to produce tone, each tone is controlled by the variances of light as viewed through one of its eight coupled optic devices. As the Earth slowly rotates, the night sky shifts and the AuralOcular transposes the motion of celestial objects into sound.

A series of live compositions were held to small audiences in remote viewing points. 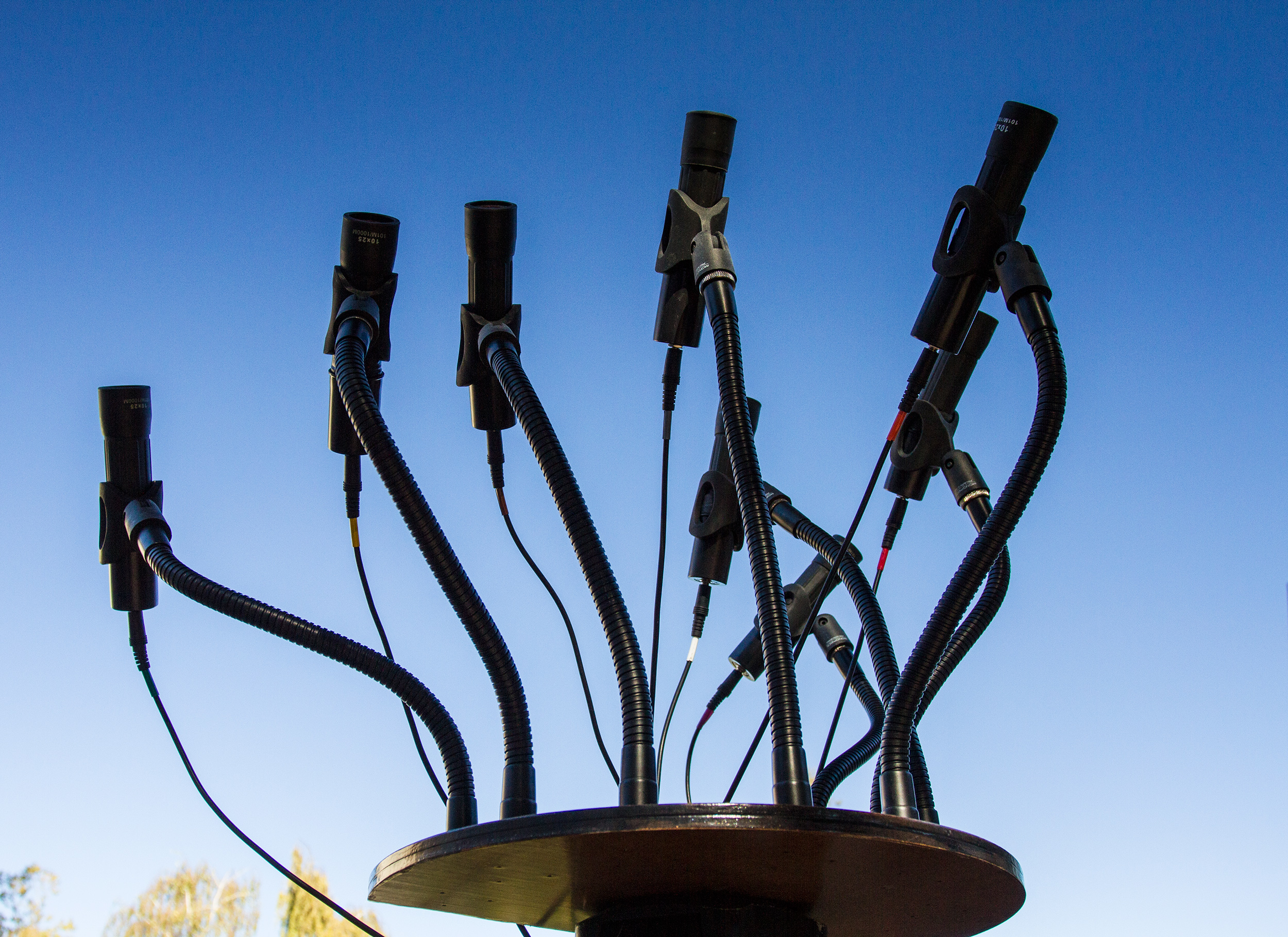 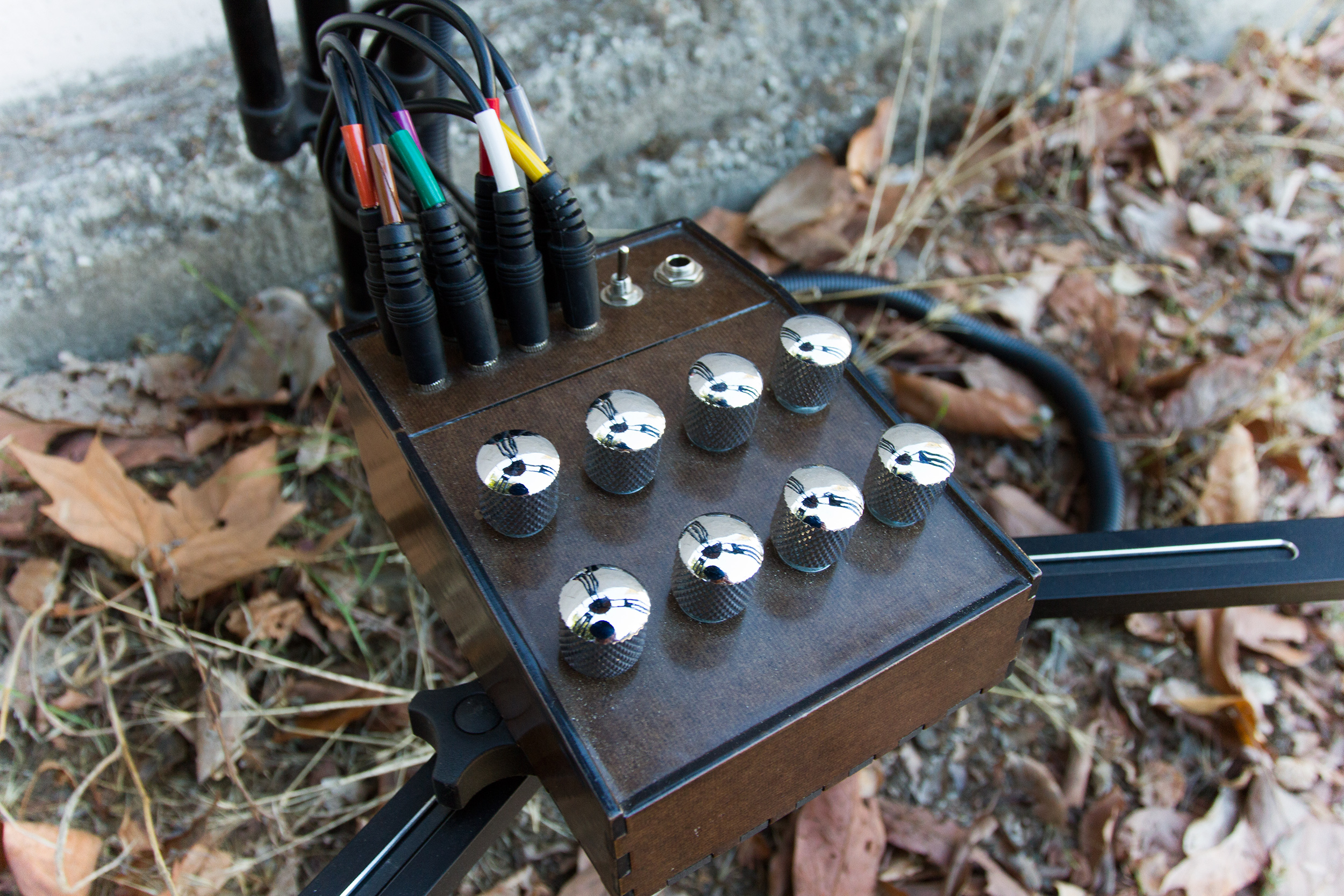 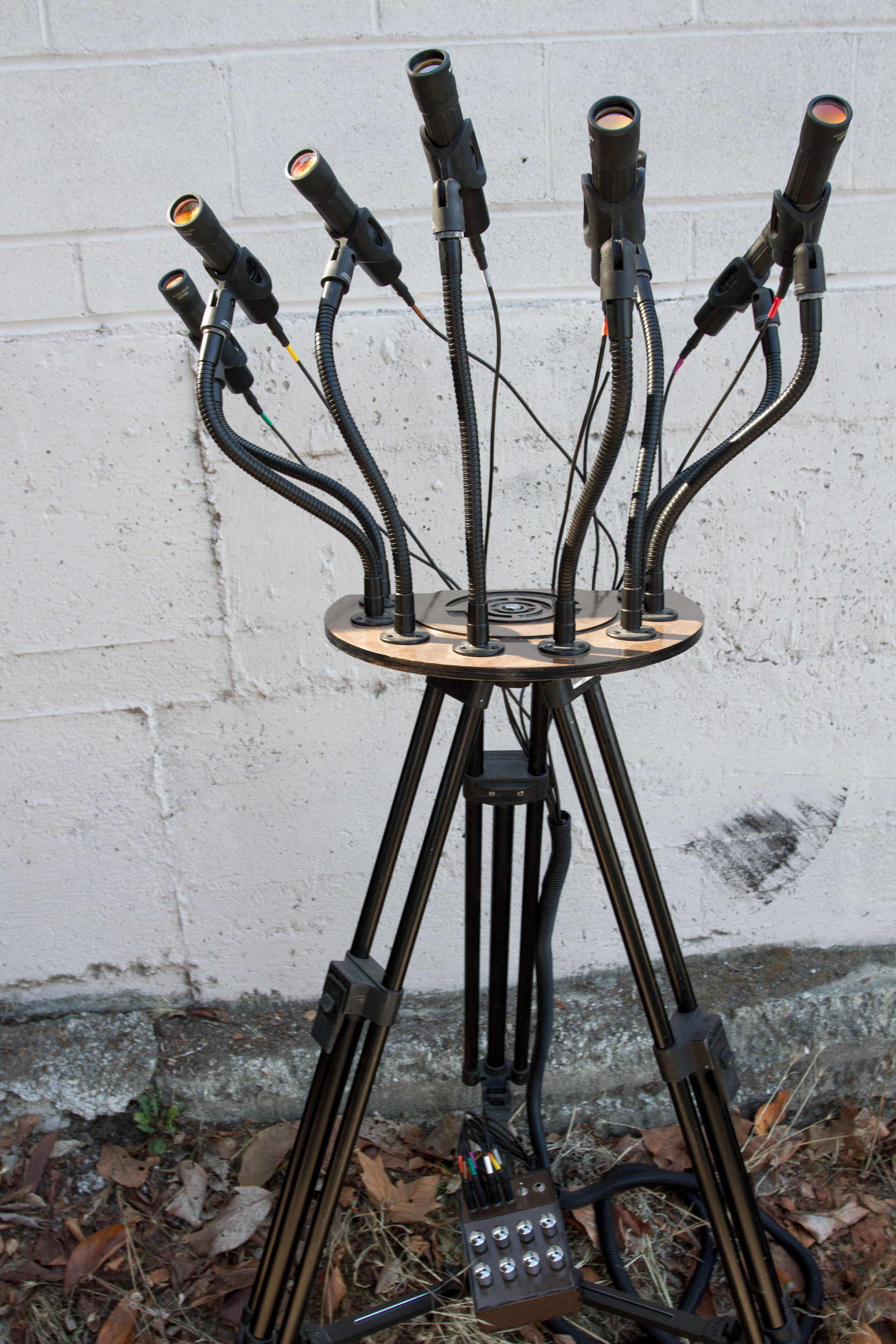 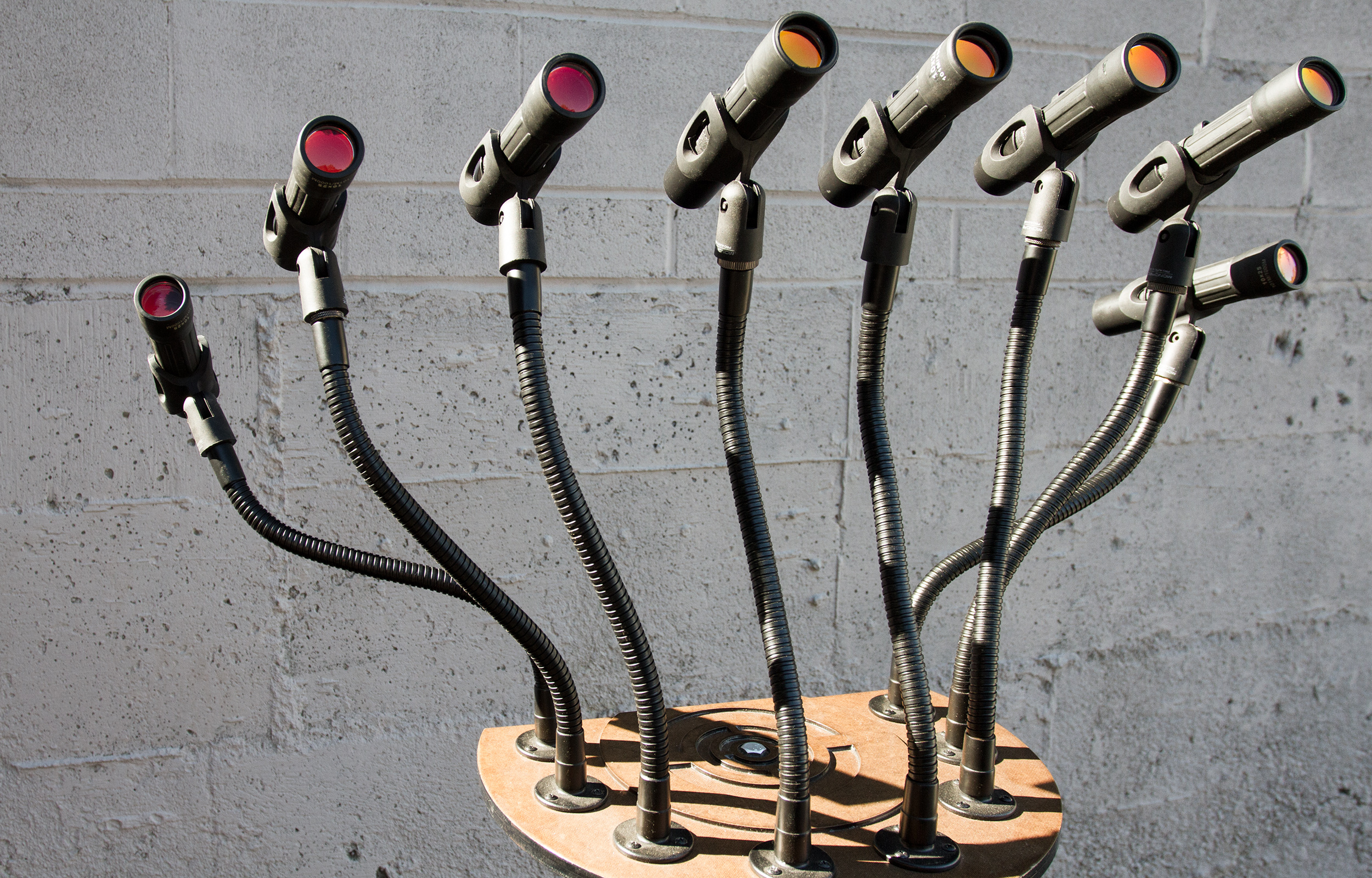 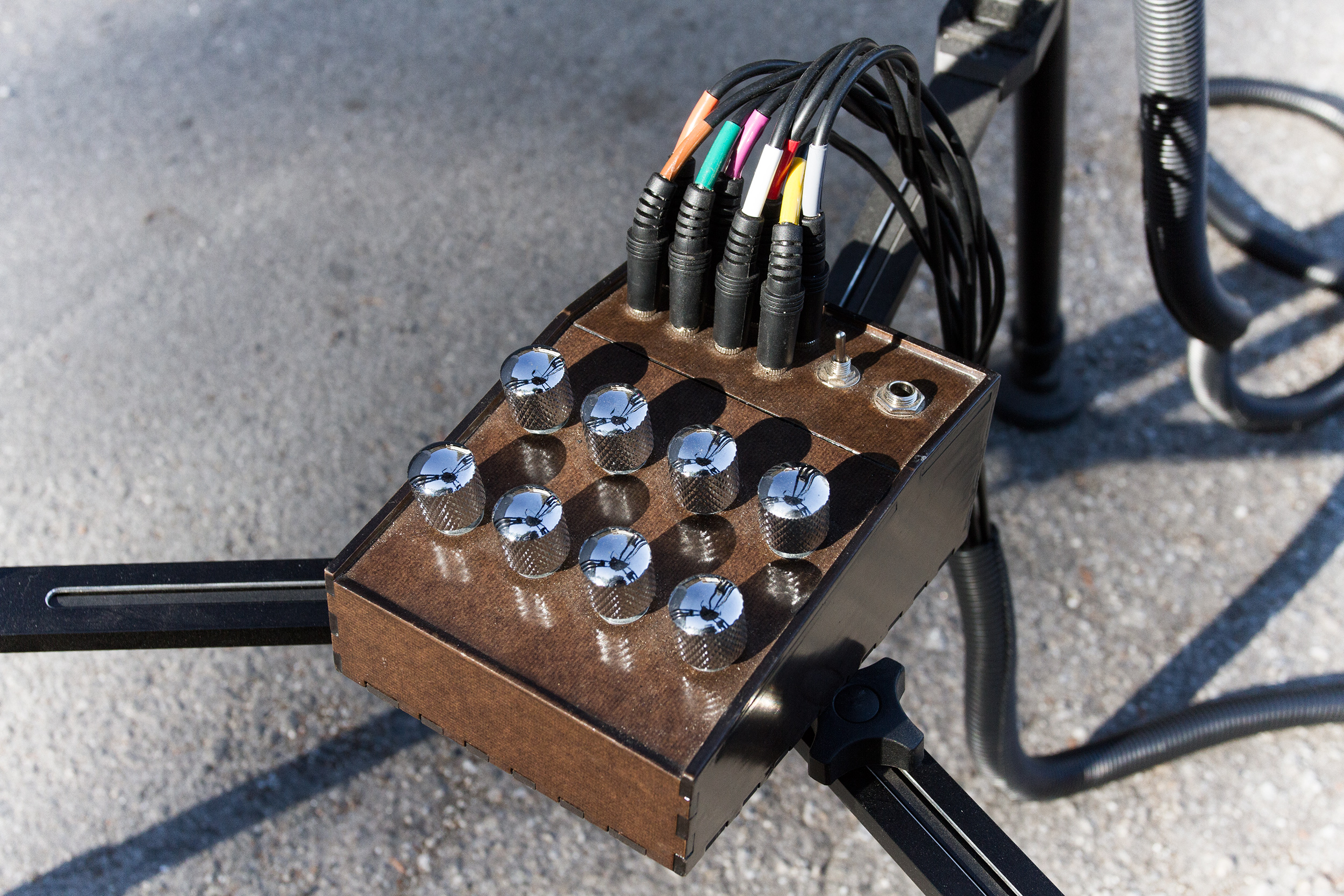 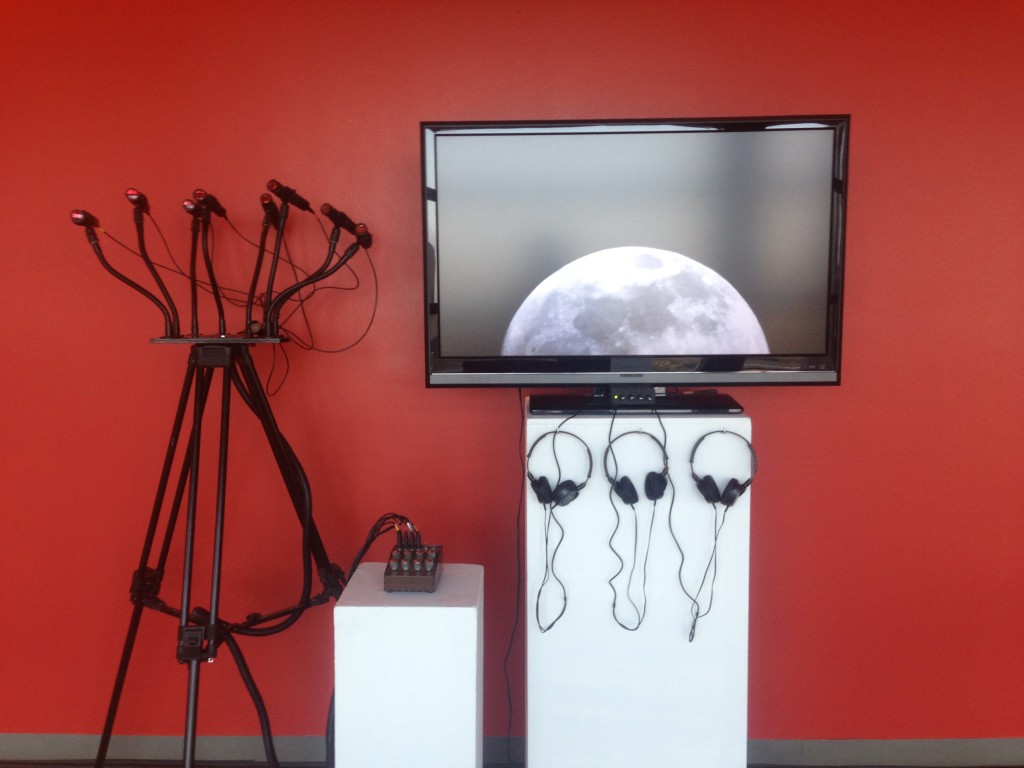 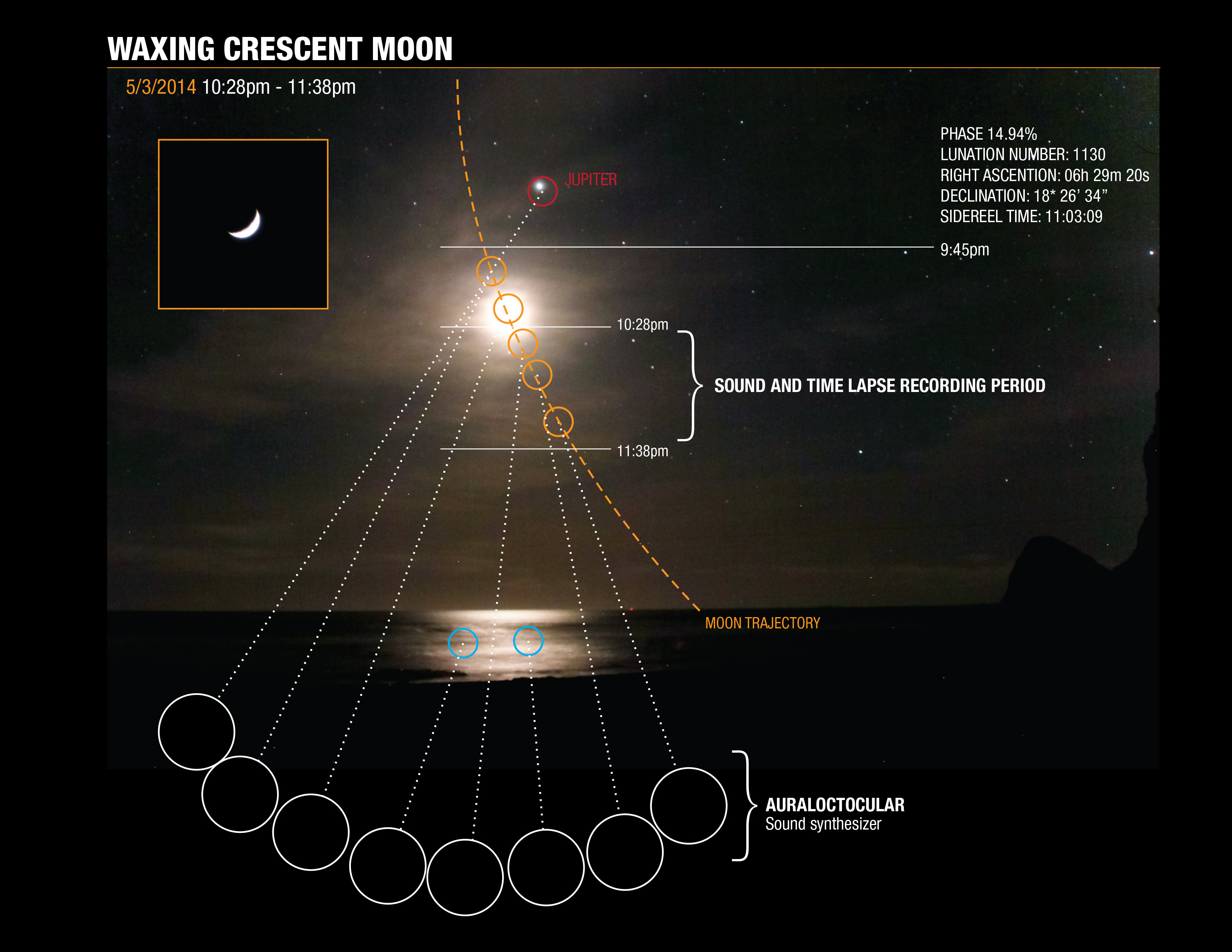 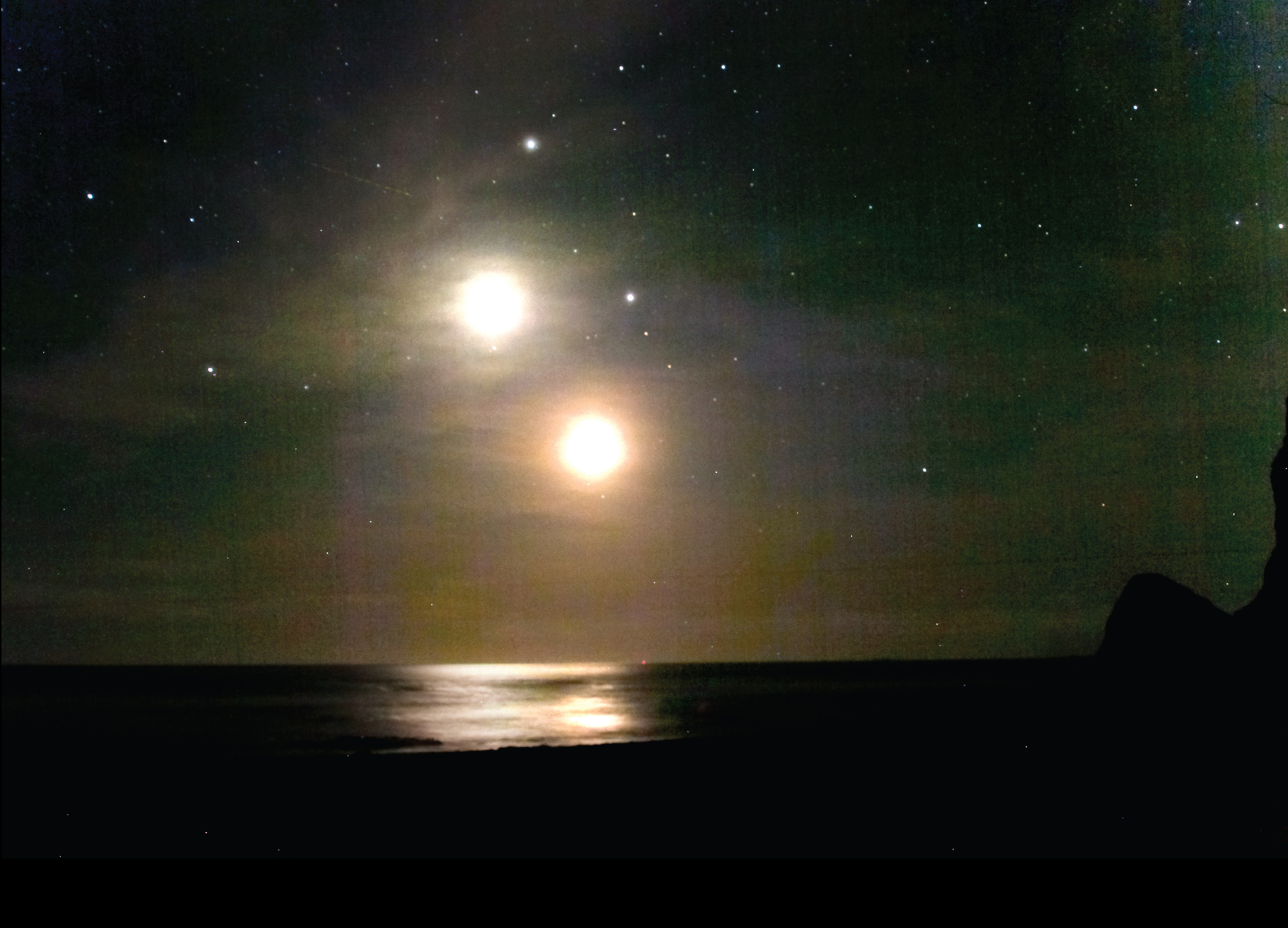 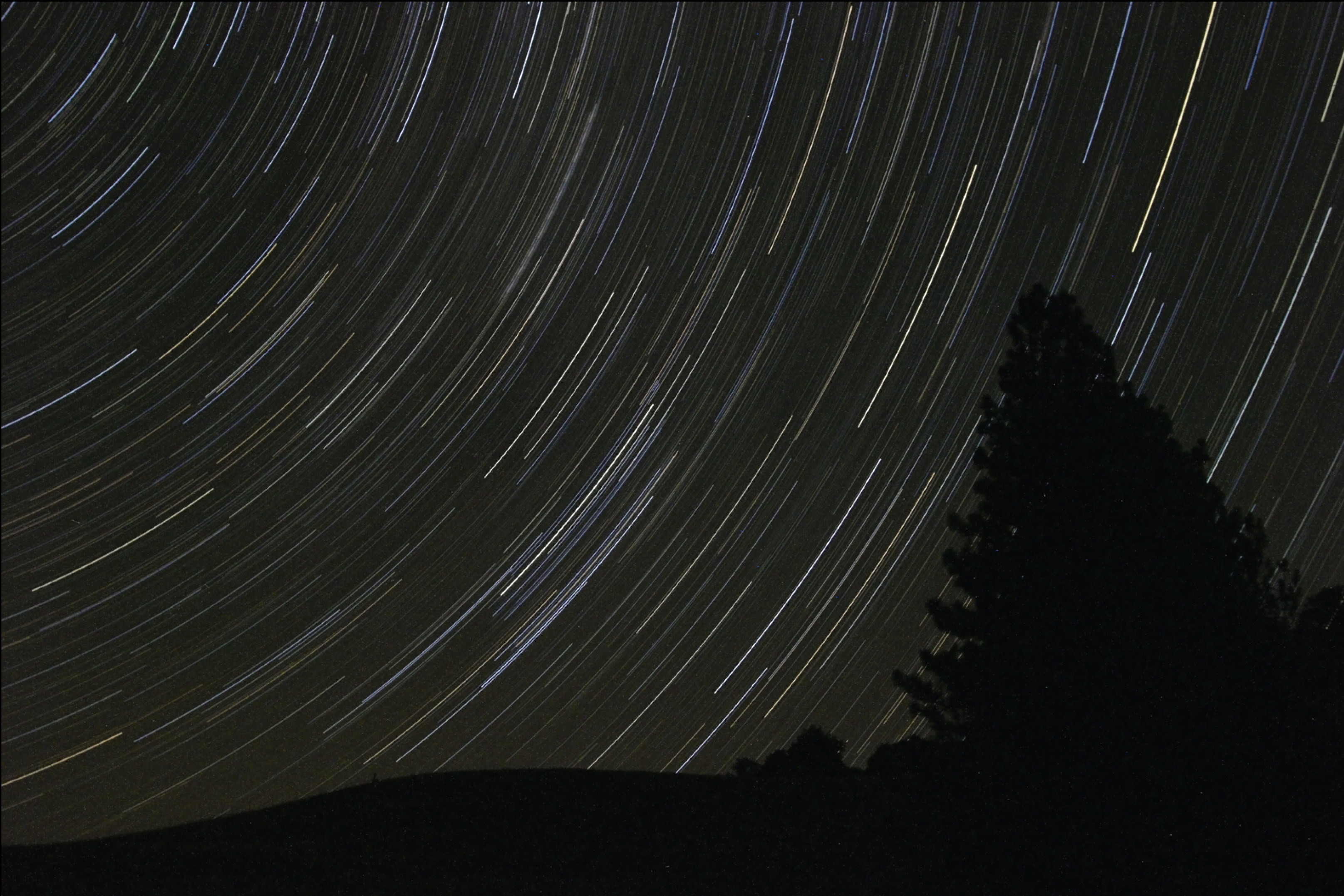